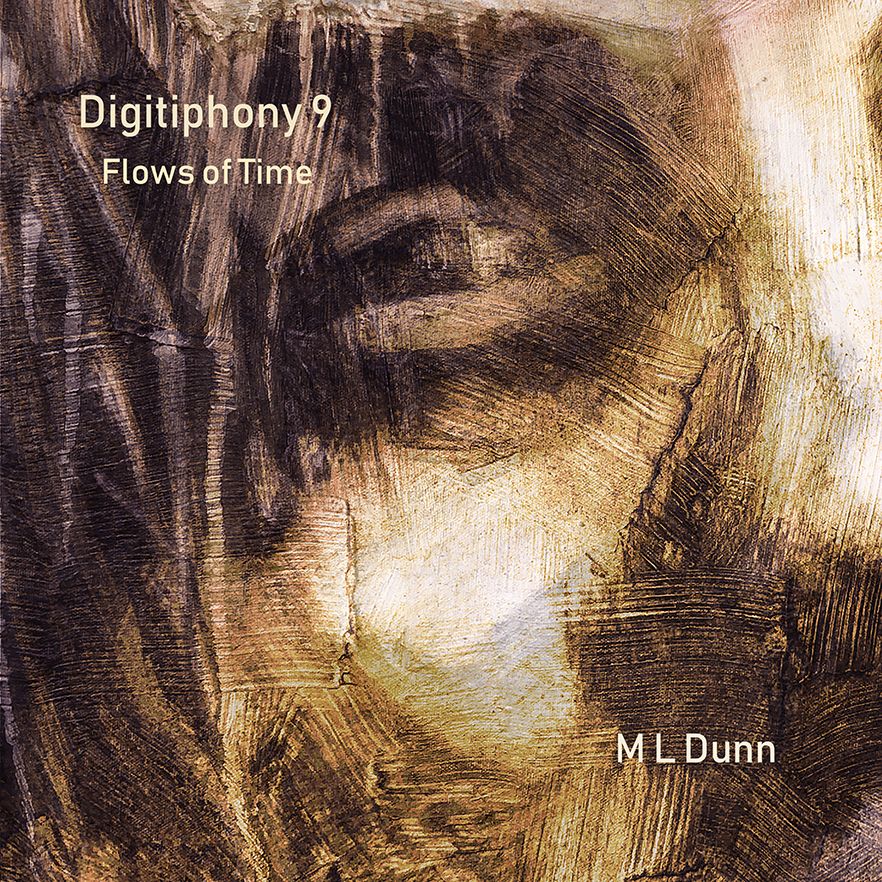 Digitiphony 9 is based on and inspired by a Wave of a 5Rhythms® dance. The 5 movements follow the 5 rhythms of a 5Rhythms® wave - Flowing, Staccato, Chaos, Lyrical and Stillness®

It will almost certainly be my final Digitiphony (Famous Last Words).

But writing Digitiphonies is addictive. After the first I thought two would be a good number, then three, then... you get the picture. But I had to have a concept for each of them, to keep me in check, to stop them spilling out randomly into the ether before I could even get the notes written. The concept of Digitiphony 1 was easy – it was an attempt to reconcile myself to the loss of my friend and colleague, drummer Nigel Vargeson, with whom music had become my escape and rebellion from the stifling musical training I felt I was being given at boarding school in Dorset, England in the 1970s. Also to reconcile the two different sides of my musical psyche – on the one hand the side that had escaped into Rock and Roll with Nigel, and on the other the deeply instilled, more formal musical roots that my musical education, in spite of my perceived rebellion, had left me with.

Digitiphony 2, when I fully accepted and resigned myself to my survival from 30 years of trying to kill myself without it showing, became a celebration of my own, and everyone's, 'is-ness' or their id. The Integrity of Being, as I called it.

And so it continued; each Digitiphony up to number eight had found its own justification for being, its own 'raison d'etre' and had impressed that on me from the beginning of the inspirational process each time I decided to write another. But it was hard work, and I became more and more obsessed with the concepts that presented themselves to me whenever I started a new Digitiphony, which started to bleed into my non-musical life (such as it is). Whilst I was writing Digitiphony 5, based on the concept of the 5 temperaments, I suffered a stroke working on the movement for The Melancholic – the temperament nearest to my own. I thought that would be the end of it, that I would, aptly, die writing the music to the soundtrack of my own personality.

But it was not to be. After a few months recovery the obsession reappeared (in truth it never left, it was just that I was not physically capable of responding to it). I thought if no more concepts appeared, maybe the obsession might leave me alone. However each new Digitiphony up to number eight presented itself to me with a fresh concept and a fresh obsession.

As the idea behind Digitiphony 8 was 'Infinity' I thought I had tricked my myself into no more obsessions, for what lies beyond Infinity ? It seemed to have worked, as after D8 my muse went very quiet - as regards Digitiphonies, at least. I almost started to feel a little sad, wistful, bereaved even. Tinged with relief.

Then, one night I went to a concert at The Royal Festival Hall with my good friend and symphonic mentor Richard Howard. He told me he had been to a 5Rhythms® dance that day, how it had affected him profoundly and how he could not imagine never going to these dances again in the future.

So I tried one. I found a group near where I lived and introduced myself, telling the leader of the group, Catherine, that I was dance-phobic. Which I am. Or was. The following few months proved such a revelation in emotional escape, letting go and affirmation of my own body that I knew I had to put the experience into music. And I knew it had to be a Digitiphony, as the 5 specified Rhythms of 5R - Flowing, Staccato, Chaos, Lyrical and Stillness ®, all exemplify perfectly the broad range of emotions, moods and rhythms that a Digitiphony, like a Symphony, needs to encapsulate for it to become a whole – a balanced interpretation of the Human Experience and all its expressions and responses.

Update October 2020 - I started writing another Digitiphony last year. It was originally not meant to be a Digitiphony, but as it grew I realised that in fact I could not stop it becoming what it was - like Digitiphony 1 and 2, a Digitiphony with vocals. This year, for all musicians, composers and indeed everyone has been a tumultuous and traumatic schism in normal life, making us question everything about our existence, or not, on this planet. These themes pre-occupied me when writing the music to Digitiphony 10 - 'A Quantum Mass' which is my way of trying to quantify the unquantifiable.  I am currently working on the last of five musical movements for it, and I expect to finish sometime in 2021.